Toronto, ON – So I’ve arrived.

I’ve been in Canada for roughly a month now and whilst out here I want to start writing again, using that journalism degree I have, so here are a few thoughts, experiences and mishaps from my journey into Canada and the odd trip to the USA.

We’ll start from the beginning and what I’m up to. It’s early 2019 and I’m considering what my next step is, full time employment? Travelling? Moving back to Manchester? The options were plentiful and I was very undecided. Then I saw the two-year International Experience Canada (IEC) visa and it hits me. This is it. This is what I want to do.

The application process is relatively easy, a lot of forms and a trip to London followed to submit biometrics. The FUN part was working what felt like 24/7 to save the money needed to fully experience a trip that is all-in, roughly, 5500km away from my little home town in the North of England.

So 2019 rattles on, I keep putting money away and then comes 2020. The beginning of the trip is weeks away now. And this is when I start to shit it. Am I ready for this?

The first day, 16th January 2020, is a long-ass day. Up at 0300 to catch a flight from Manchester to Heathrow and then an 8-hour flight from Heathrow to Toronto Pearson International airport. I won’t complain about this though, due to family connections with British Airways, I travel in luxury in Club World and without trying to sound like a snob… holy shit. A different world up in those seats.

My flight touches down early, roughly 1445 local time, and now I have to wait around Toronto Pearson to see if my work permit will be approved and set me up for two years of working in this country.

An hour or so follows, my work permit is granted then I’m ready to collect baggage and catch the train into Union Station. This is when realisation begins to sink in on what is ahead of me. A solo move to a huge city, the fourth largest in North America, and for what purpose?

My first night here is relatively quiet. Staying in the Pantages Hotel downtown I spend some time taking in my surroundings before finding a bar to sit and have some food and a drink.

That brings me to Friday. A long couple of days have brought me to this moment. I’m absolutely knackered but the last thing I want to do is rest my body and let it catch up with the changes.

During the day I sort out all the *adult* things I need to do such as opening a bank account, getting a Canadian mobile number and buying the winter clothing I foolishly didn’t bring with me. I got two of three done. Big thanks to CIBC and Lucky mobile for making the processes effortless. Not so big thanks to myself for not finding waterproof boots and a decent coat.

Later that day I had made plans to meet up with some Brits who had organised a meet-up at a bar not too far from where I was based. This comes about from me being a bit keen and joining a ‘Brits in Toronto’ Facebook group a couple of weeks before I was due to fly out. But hey, I’m glad I did.

The night is fun, full of drinks and introductions. It’s good to meet similar-minded people who, to their credit, welcome me to the city in a superb way and make me feel a lot better about being here.

And guess what happens on the Saturday? Other than me having far too much to drink, waking up with a minging headache and having to check out… The snow starts. Not so smart not having winter clothing now.

The days following include me checking into the HI Hostel and seeing what Toronto had to offer. I found myself very lucky to make friends quickly on the Hostel scene and having an opportunity to explore the city with those of all nationalities.

Toronto is easy enough to navigate on foot. Getting a feel for the city was eye opening and a realisation that sticking around Toronto long term was a very real possibility.

Spending the first weeks of a new and unemployed life in Toronto does include the opportunities to fully embrace the eager tourist I really was.

All whilst spending an unhealthy amount of time in The Cavern bar drinking a little too much and meeting new people (very perfectly located in the basement of the HI Hostel).

Walking east to west on Queen Street is a great way to embrace the different cultures of this, quite frankly, huge city. You can come across a whole range of exciting neighbourhoods including Kensington Market, Little Italy and Chinatown all in walking distance of each other.

Trips to bars, restaurants, the Royal Ontario Museum and visiting The One Eighty, a bar on the 51st floor for expensive drinks with magnificent views of Downtown Toronto. Unfortunately, we went on a day the weather kinda sucked so couldn’t quite enjoy the terrace but still a view that makes you say wow. Something I find myself saying a lot over the following weeks.

Canada is truly a beautiful country and with that we’re leaving Toronto for now. A plan forms to take a Megabus roughly two hours south to Niagara Falls.

If given the opportunity, spend a few hours here. Ignore the town behind the falls and stick to the Canadian side but just spend a moment taking in the sheer destructive power of this mass of water.

The briefest of visits is all really required to take on board an area of natural beauty that separates two nations. I imagine it’s a amongst the common situations where visiting in spring or summer would be beneficial but it certainly did not disappoint touring in a snowy winter.

The next highlight is a casual walk east of the city to ‘The Beaches’ neighbourhood with two friends from the hostel that was *supposed* to take just over ninety minutes but 6 hours later (slight exaggeration) we finally arrive back at our starting point.

I’m not complaining though because on this stroll I discovered, by far and away, my favourite view that captures the Toronto skyline and desire for green spaces. Riverdale Park East for all those keeping track.

The first couple of weeks were undeniably fantastic. And since continuing here just think what I’m saying in the next few lines is early February since my timeline for posting is a little off.

Following on the walk east to find Riverdale Park and the beauty of the view over downtown. More walking and more sightseeing followed.

I’ll continue with a trip to the AGO. For the non-locals, that’s the Art Gallery of Ontario. Free to attend if you’re 25 and under it’s a place in the city definitely worth checking out. From Indigenous Canadian art to early European paintings the place is stacked with hours of excellent collections to see.

Next up and more in tune with my love for North American sports was the chance to watch the Super Bowl at a *reasonable* time and not the early hours of the morning that I was so used to back in the UK. Hanging out with friends, eating pizza and nearly missing the half-time show made for great viewing of the Chiefs beating the 49ers.

Arguably the most and least favourite thing I’ve done in my time in Toronto was deciding to go to the Toronto Islands, a short ferry trip away from downtown, to watch the sunset on what felt like the coldest day of the year.

It was amazing to see the city light up on the ferry back towards the mainland because we all got too cold (note to self: wear gloves) and decided to call it day. Still, a very enjoyable day.

The week continued with embracing more of what Toronto neighbourhoods were shouting about. Ice skating at the Harbourfront (falling on my arse more than once), visiting the Distillery District and St Lawrence market on numerous occasions to enjoy all things to eat and drink. All why making the decision to stick around Toronto to find work.

After finding a place to crash and signing a lease for something more permanent, it was time to leave the HI hostel and move a little further west of the city.

One of the best decisions I made before coming to Toronto was deciding to stay in the HI, after meeting a whole range of people and making some very good friends, I can’t recommend the place enough. Even if it’s just for between 5pm-7pm at the Cavern.

The week after included spending time doing the official things to make my stay in Toronto more secure. Signing leases, applying for jobs and exploring the new neighbourhood on foot.

Living within walking distance of Toronto FC makes the prospect of watching some football as the weather improves exciting. Alongside all the great things about this city, sports play a huge part of the culture and something I’m ready to go all in on.

In honesty there’s too much to put into words about my opening experiences of this city. I’ve been here just over a month now and enjoying it just as much as when I arrived.

A place full of fun bars, amazing views and even better people. And for me to remember, if I’m ever feeling lost just look for the CN Tower and I’ll know this is home, for now. 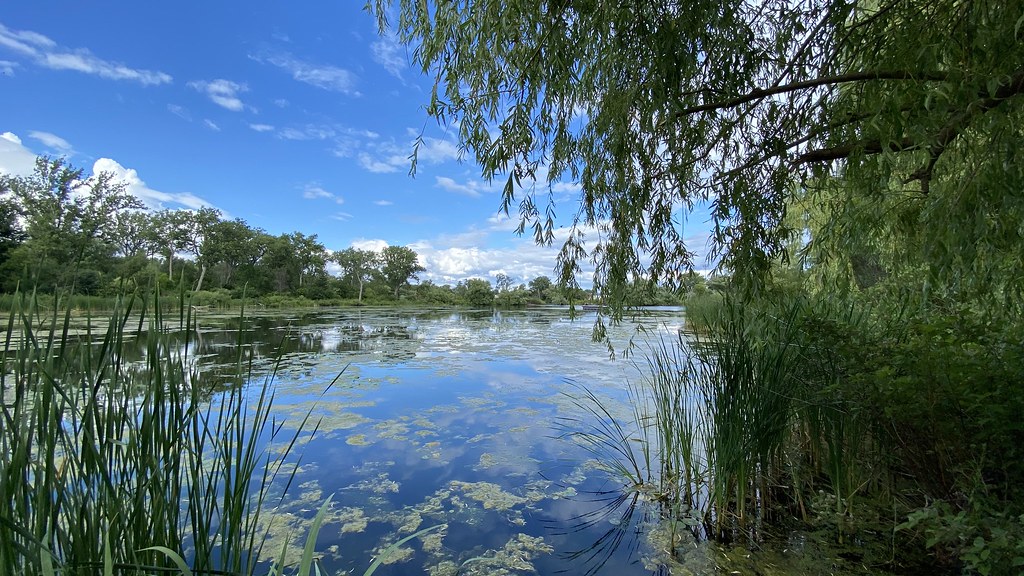 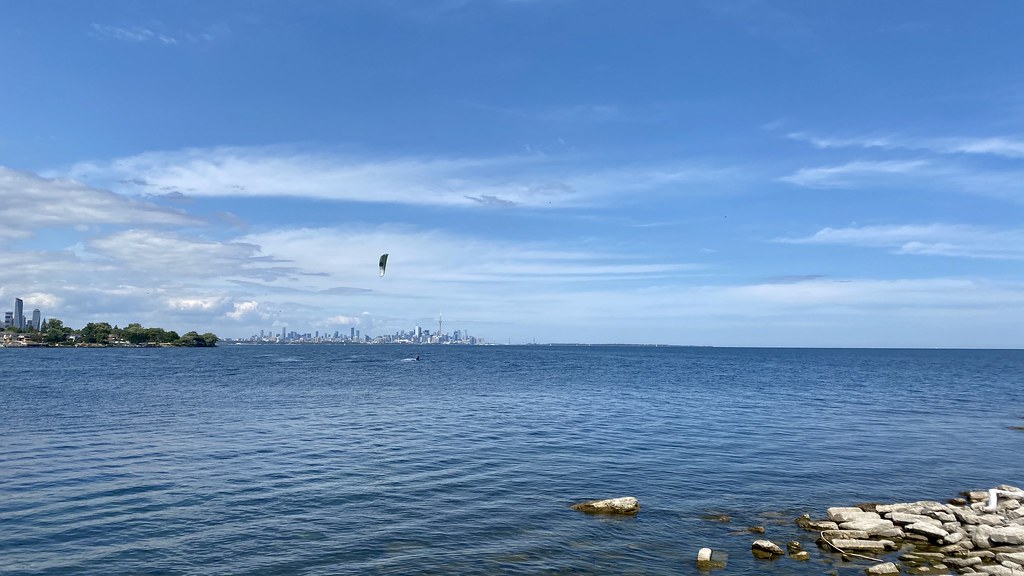 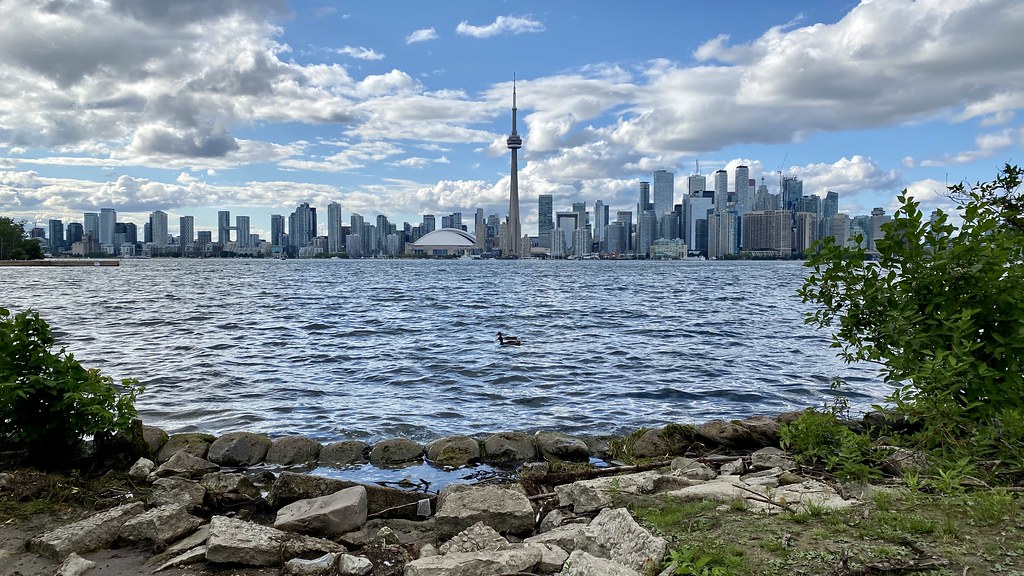 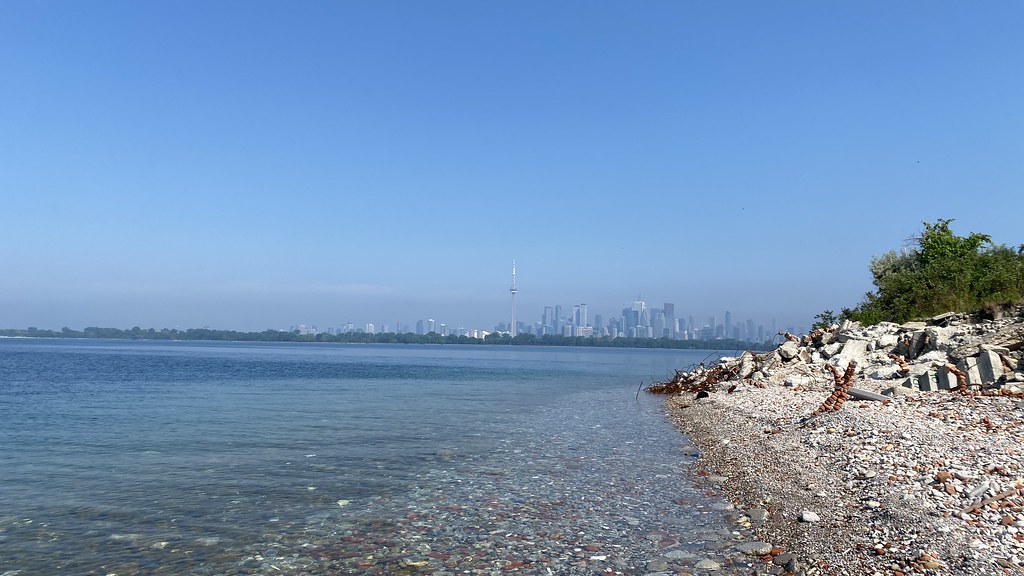 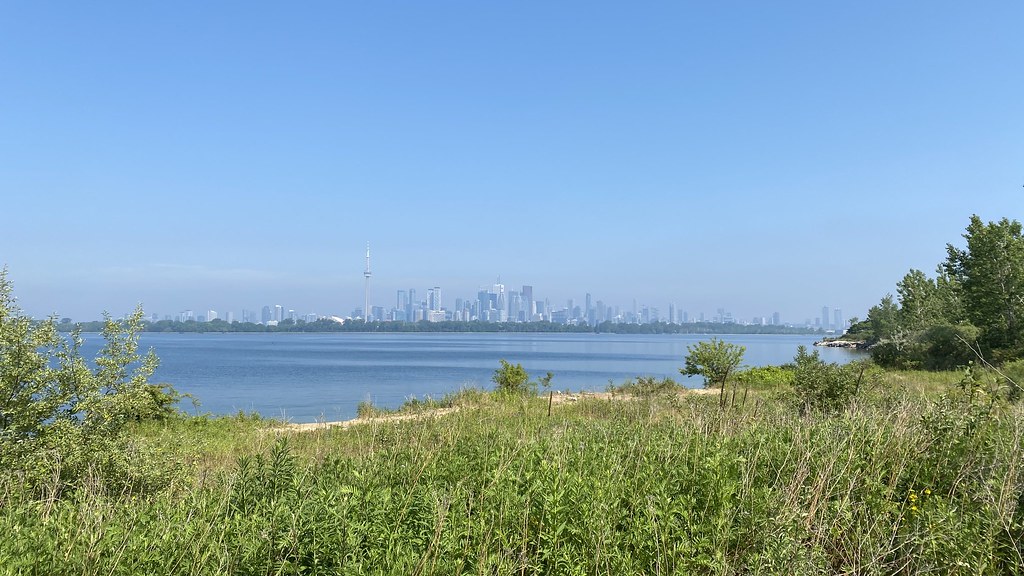